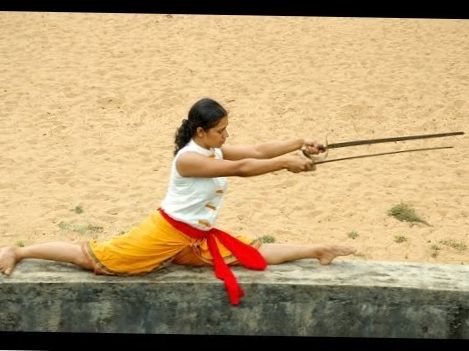 Kalaripayattu is the exclusive martial arts legacy of Kerala, taken to China by the Buddhist monks which became the fabled model for the modern martial arts. Kalari means school or arena and payattu is skill training exercise or practice. Buddhist writings show that Kalaripayatt flourished during the 5th century AD. The founder of Zen Buddhism, Bodhi Dharma, had visited the Southernmost part of Kerala, stayed here for a long period of time and learned Kalaripayat. Bodhi Dharma later went to Shaolin in China and there he taught his disciples Kalaripayattu. All the modern day martial arts such as Kung-Fu, Karate, Judo, Kick-Boxing, Tai-Chi etc are believed to have been originated from Kalaripayattu.

Buddha Kalari, an academy of Kalaripayattu and centre for Marma has the distinction of keeping alive the great legacy of martial arts handed down for generations since 1924. This pioneering institution was the first traditional school in Kerala to offer training Kalaripayattu in the Southern style. During the last nine decades it has pioneered many schools of thoughts and practices and has guided the evolution of the tradition of Kalaripayattu. The centre has spearheaded the promotion and propagation of the tradition of Kalaripayattu by organizing many International and National level performances and workshops on Kalaripayattu and by running an year round training programme for local and foreign students at Thiruvananthapuram, Kerala, South India. Buddha Kalari also runs a traditional 'Kalarichikitsa' clinic specializing in Ayurvedic Orthopaedic treatments. The present Kalari Master Dr. C.S. Suchith represents the third generation of a family that has preserved the ethos of Kalaripayattu and Marma Treatment in its true spirit and value.