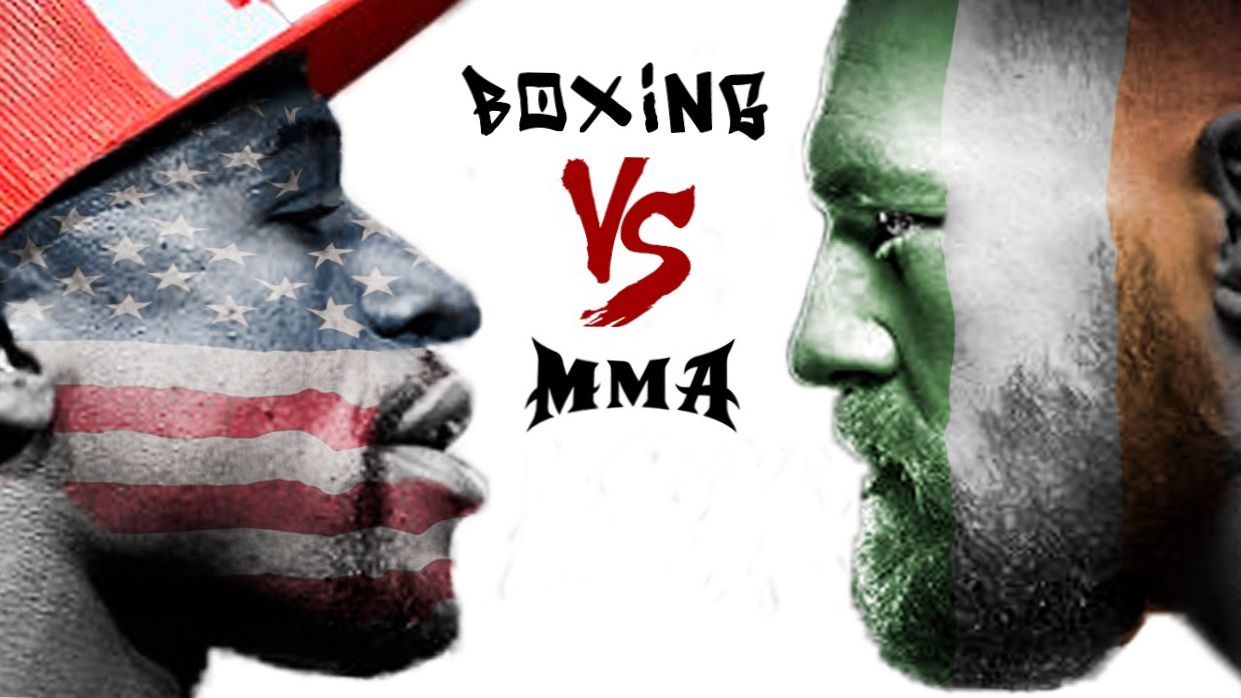 Last News: MAYWEATHER Offers MCGREGOR $50 MILLION For Fight
The FIGHT OF THE CENTURY Floyd Mayweather vs Conor Mcgregor also called Boxing vs MMA. To be or not to be?
The sporting world was awash with rumors over the weekend contemplating the prospect of a fight between Floyd Mayweather and Conor McGregor.
Undefeated boxer Mayweather has admitted that he started the talk of a return to the ring against a mixed martial arts fighter – thought to be UFC's Conor McGregor.
In a response Sunday, McGregor tweeted a mock-up picture of himself squaring off against the five-weight world boxing champion.
"Keep your fingers crossed, it may be a boxer versus an MMA fighter," Mayweather – now retired – told industry website fighthype.com.
"It was a name that was shot at me. It may not be a rumor."
Meanwhile, McGregor has told British media that he wants a "billion-dollar fight" against the American, while Mayweather has said he would want to be paid $100 million to fight the 27-year-old Irishman.
After Mayweather's last fight in September he claimed his professional boxing career, with an unblemished 49 wins, was over.
McGregor was pulled from a UFC event in April after refusing to fulfill promotional duties.
Mayweather isn't entertaining the idea of fighting Conor McGregor at all.
McGregor made the headlines during the week for a bold claim he made to Esquire. The Irish UFC superstar told the magazine that if he were to get involved in a fight with dominant boxing champion Floyd Mayweather, he would not only beat him, he'd make it look easy.
"I don't look at a man who's expert in one area as a specialist. I look at him as a rookie in ten other areas. If you can box, what happens if I grab hold of your legs?"
"If you put me face-to-face with Floyd Mayweather—pound-for-pound boxing's best—if I fought Floyd, I would kill him in less than thirty seconds. It would take me less than thirty seconds to wrap around him like a boa constrictor and strangle him."
While it wasn't a very controversial statement, given Mayweather's lack of training in jiu-jitsu, wrestling, kick-boxing and other forms of martial arts, McGregor certainly said it to spark a reaction out of the champ.
Well, it appears to have worked… sort of, as Mayweather has issued his official response to the Notorious to entertainment site TMZ.
"I don't take that dude seriously. He's just trying to get himself some publicity."
It's clear from that statement that Mayweather wants no part in the boxer vs mixed martial artist debate.
Floyd Mayweather Confirms Conor McGregor Rumors… That He Started!: “It’s possible. It was a name that was shot at me,” Mayweather said in the interview. “The rumors that you all been hearing is the rumors that I started. It may not be a rumor. Keep you all fingers crossed, it may be a boxer versus an MMA fighter.”
"Hopefully we can make the fight happen. He's no pushover." – Floyd Mayweather talks to SHOWTIME's Steve Farhood about a potential boxing showdown with UFC champ Conor McGregor.
Conor Mcgregor: "Floyd Mayweather needs me!"
Update on 13.05.2016: Floyd Mayweather Only Fight I'm Coming Back For Is Conor McGregor – esnews.
Update on 20.05.2016: Floyd Mayweather offering Conor McGregor $50 Million for boxing match!
Update on 23.05.2016: Conor McGregor Wants $100 Million for Floyd Mayweather Fight. Conor McGregor did his first interview since rumors of a fight with Floyd Mayweather Jr. broke. At first everyone said this fight would NEVER happen, but both sides and the UFC have made it clear under the right negotiations, it very well may happen. It was speculated that Conor would get $10 million, and last week it was $50 million while Mayweather would get $100 million. Conor said that would NOT be the case. He said if Mayweather is getting $100 million, he will be getting $100 million.
Update on 31.05.2016: Top Rank chief Bob Arum evidently has strong feelings against the mere idea of a boxing match between Floyd Mayweather and Conor McGregor.
The 84-year-old veteran promoter expressed his sentiments about the much talked about fight, pointing out the UFC featherweight champion’s apparent inability to hold his own against professional boxers in the gym.
"Here’s a guy who’s an experienced professional fighter, fighting a guy who’s had not one professional boxing match," Arum told Fight Hub TV. "McGregor couldn’t beat anybody in my gym. He’d go into the gym, pick any of those fighters, he couldn’t beat one of them! So where does he come to fight Floyd Mayweather?"
If there is one factor that everyone would be in agreement with is the amount of money the fight could possibly make. But for Arum, such a match-up could only hurt the sport in the long run, given the absurdity of its nature.
"What shouldn’t happen is to denigrate the sport of boxing to a point where it becomes farce. And a Mayweather-McGregor fight is a farce, either way."
Fight Promo
Conor Mcgregor, conor mcgregor mayweather, conor mcgregor vs floyd mayweather, conor mcgregor vs mayweather, fight of the century, floyd mayweather, floyd mayweather conor mcgregor, floyd mayweather mcgregor, floyd mayweather sr conor mcgregor, floyd mayweather vs conor mcgregor, floyd mayweather vs mcgregor, mayweather mcgregor, mayweather vs conor mcgregor, mayweather vs mcgregor, mcgregor floyd, mcgregor mayweather, mcgregor vs floyd mayweather, mcgregor vs mayweather
Recommended Posts

Cage-fighting Kids: Children As Young As Four Train In MMAMMA

The Worst Fights In MMAMMA