How to Set Up the Flying Knee Technique | MMA Fighting 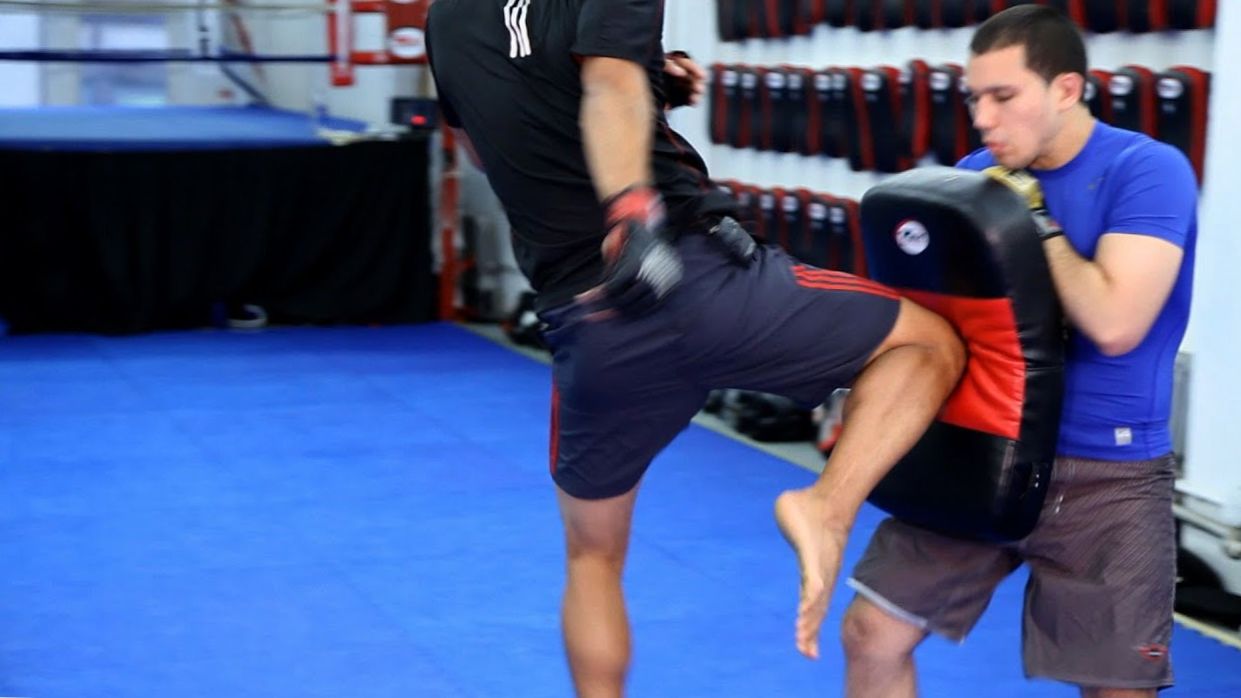 You already love Spotify, but do you know how to get the most out of it? Click here to learn all the Spotify Tips and Tricks you never knew existed.

Like these MMA lessons !!! Check out the official app

Let's go through, it's not such a basic technique it's a little more advanced, but let's go through your flying knee. There are a couple ways to set it up. So Chad's gonna hold the shield here. obviously to protect himself against a flying knee. One basic or the first basic way I like to set up the flying knee is usually off of, off of a push kick. I wanna get my opponent moving back, moving back first before I attempt a flying knee. If he's not moving back usually he can see the knee coming. If I can set him up with a push kick to move him back he'll be on his heels and then I can follow up with that knee to the head or the body. OK, so again I'll move him back with that push kick or the teep and then drive in to him with that knee. And I gotta propel myself off of the ground so I have all my weight into that knee and I want to drive the hip forward. Make sure you don't drop your hands, keep the hands up protecting the head cause you never know what he might be throwing, so drive that hip. Also another way to use the flying knee is maybe if Chad comes in for that take down, so he changes his level which actually puts his head right in range for my knee. I don't have to jump so high now, but I still will take off from the ground and jump in with that knee and hopefully land it right on to the chin. This usually works well against guys that are shooting in for take downs. Wrestlers and jujitsu guys. So again he changes his level. I change my level with him and then I jump in with that flying knee. OK one more time. He changes level. I change with him and then I fly in with that knee.

Takedown WITHOUT RISK of guillotine – by UFC Lightweight Jake MatthewsMMA