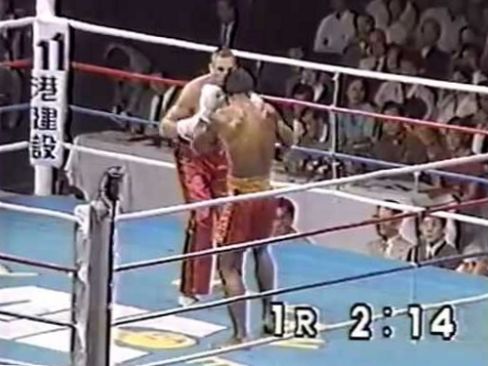 Dale Cook was a 80-2 kickboxing world champion that had just defeated 5 Thai fighters in a row. He is also a highly ranked Taekwondo blackbelt with a 19-2 professional boxing record… The legend Changpuek Kiatsongrit was in his prime after just defeating Rob Kaman and Rick Roufus when his path crossed with Dale.

I am a striking analyst that's so far focused on breaking down combat sports. I've been fortunate enough to have major fight camps, legends, and elite martial artists give testimonials to my work – If you've enjoyed this breakdown, be sure to check out my usual work in combat sports.

If you enjoy these Lawrence Kenshin Striking Breakdowns, you can support it by sharing it with your friends!

Most Brutal Muay Thai Fight Ever Thailand Round 1Muay Thai